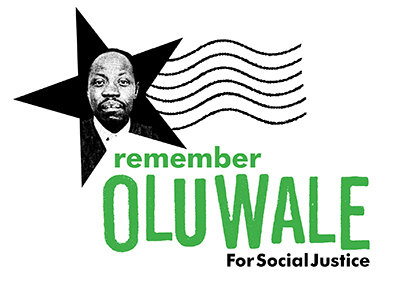 LEARNING FROM THE LIFE & DEATH

1) Forming Leeds: From 1953 onwards, the institutions of Leeds systematically failed David Oluwale. In the 1960s, as he slept rough and moved from prison to hospital and back again, and particularly when his brutalisation by two Leeds policemen was exposed, Leeds was being formed as a city marked by racism and abuse of the vulnerable. David’s story is emblematic of this urban abjection. We need to understand this period if we are to re-form the city.

2) Redeeming Leeds: To face up to the past is the first step in making amends. In recognising the deep injustices of the 1950s and 1960s, the city of Leeds starts to offers it apology to those who were driven to the margins and excluded from mainstreet society. In genuine sorrow for the past, it begins to heal itself and start over.

3) Inspiring Leeds: our city council has pledged itself to make a city that values all its diverse populations, offers hospitality and sanctuary to its newcomers. It will change its structures to increase equality and promote mutual respect. The RememberOluwale charity brings David’s story to life and makes his legacy into one of hope and creativity. By using all types of art in telling this story we offer the vitality and new ideas that the city needs to realise its vision. By working in partnership with progressive organisations and people across the city, Remember Oluwale contributes to and inspires social change.


We tell David’s story in all its dimensions:

As an African, albeit a British citizen, David was a victim of racism. So the charity campaigns with others against the racism that still blights Britain today.

As a man with mental health issues, David was subjected to spectacularly poor treatment. It may well be he was misdiagnosed in the first place. So RememberOluwale takes special interest in the problems of mental ill-health today and supports all those who are improving the treatment of people enduring such ill-health.

As a homeless and destitute man, David experienced deep neglect (as well as occasional support). Homelessness and destitution are rising today and our charity does all it can to support the reform of the housing system and the transition of people currently on the streets into secure and decent accommodation.

David was a victim of police abuse: for all the changes that have been made (in Leeds, David’s case contributed to reform of police behaviour) there are still too many instances of negative policing. RememberOluwale stands with all those whose loved ones have died in custody, and supports all those who are improving police practice.

We regard all these issues as intersecting, one with the other. So, rather than calling for change in only one area, we support those who are joining up the dots, developing the voice of those in need, and working with them to create relevant services for the marginalised and excluded, of every colour, gender, sexuality and class.

Keep Up To Date with #RememberOluwale

RememberOluwale uses Facebook, Twitter and Instagram to provide information published today that relates to the issues that marked David’s life: mental ill-health, homelessness, racism, destitution and police malpractice. David was a British citizen who migrated here, so we also provide information relating to those seeking refuge in the UK. We give credit to the city of Leeds for the progress it has made since David’s days. But there is so much more to be done. Our aim, always, is to help the city of Leeds become more inclusive, more just, more hospitable and more equal. Please go to our social media to find out about current campaigns.

Get Informed / Get Active